Driving Under the Influence This Holiday Season Could Cost You Thousands 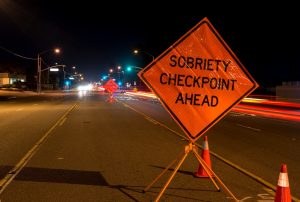 Before you get behind the wheel after consuming alcohol this holiday season, stop and think. How would a conviction for driving under the influence affect you, your family and your bank account?

After factoring in fines, court costs, attorney’s fees, probation costs, traffic school and increased premiums for your car insurance, a DUI could cost you more than $10,000.

How a Holiday DUI Can Result in Financial Misery

Refusing administration of a roadside test or failing the test may result in immediate suspension of your license, and you may be taken into custody. In California and other states, you may be fined for refusing to take the test even if DUI charges are later dropped. If you are detained on suspicion of driving under the influence, you should contact a Los Angeles DUI attorney.

Costs You May Incur

Costs relating to an arrest for DUI can include:

• Impound fees for towing and storing your car.
• Bail bond, ranging from several hundred to several thousand dollars, along with a typical charge of 10 percent to a bail bondsman.
• Increased auto insurance premiums.
• Time lost from work. If you’re convicted, you may face jail time; in California, the minimum is 96 hours.
• Fines paid as part of a sentence.
• A reinstatement fee to recover your driver’s license.
• Participation in a mandatory alcohol treatment program and installation of an ignition lock in your vehicle to prevent another DUI.

Thousands of people die in car crashes related to alcohol every year. If you drink at holiday events, don’t get behind the wheel of your car; designate a driver or call a cab instead. If you are arrested for driving under the influence, you need representation from an experienced Los Angeles DUI attorney. Call (310) 277-1707, or visit our website.