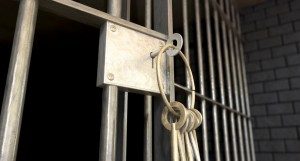 In the 1970s, a wave began to develop throughout our United States to enact tougher laws, even for nonviolent crimes. Our prisons became overloaded with American citizens and expensive to run. This is why California’s Proposition 47 came about.

In past decades, individual states continued to strengthen their criminal justice laws. They made previous misdemeanor crimes felonies. Their enforcement meant longer years of incarceration for individuals who committed these crimes. For example, in some states stealing products from a store with a value of $500 was a misdemeanor and $1000 was a felony. The new laws dropped the amount stolen for a felony down to $500. This caused more individuals to be imprisoned.

Proposition 47 reclassified low level property damage and drug offenses from felonies to misdemeanors. Many prisoners were able to have their time incarcerated shortened. It kept many more individuals from being sentenced to prison time.

Many repeat offenders were subject to the three strikes law. This means that anyone who has three felonies could be incarcerated up to life in many states, including nonviolent offenders. Since Prop 47 reduces many of these offenses to misdemeanor charges, the three strikes law will not be nearly as prevalent. It does not apply to violent crimes.

Finding descent employment and a place to live is usually very difficult. Being able to hold a business license is almost impossible. Thanks to Proposition 47, individuals such as Sholonda Jackson from San Francisco, California, who suffers with the daily agony of not being able to move past her felony records, soon will be able too. She, along with many others, will get a second chance.

For help in lowering your felony criminal record to a misdemeanor, reach out to the Law Offices of Larry Wolf. Call now at (310) 277-1707, or go to our website today.