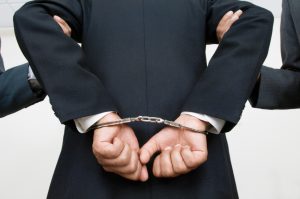 Federal prosecutions of white-collar crimes are down by 29 percent from just five years ago and have hit a 20-year low, according to a report based on Justice Department records. Since the Clinton administration, prosecutions have declined by more than 36 percent, with a brief increase following the financial crisis of 2008, International Business Times reports.

In analyzing thousands of Justice Department documents, researchers at Syracuse University found that the federal government prosecuted 5,173 cases of white-collar crime during the first nine months of 2015. That number represents a decrease of about 4,000 cases from 10 years ago, according to The National Law Review.

Facts Behind the White-Collar Crime Statistics

The decreased number of prosecutions may not represent a drop in white-collar crime, according to the Syracuse researchers. Instead, the decrease may echo changing policies on enforcement by different presidential administrations and government agencies.

A recent study from the George Mason University School of Law found that between 2007 and 2011, agreements for deferred prosecution and non-prosecution were used to resolve 44 percent of cases. Prior to 2003, the Justice Department rarely offered such agreements. The special agreements allow corporations and executives to avoid prosecution.

Justice Department budget cuts may have affected the number of prosecutions of white-collar crimes over the past several years. In 2011, the department employed 1,566 people. However, the number of employees dropped to 1,325 by 2015, a reduction of more than 15 percent. In addition, expenses for overtime, travel and consultants — necessary for carrying out complex white-collar prosecutions — also have been cut.