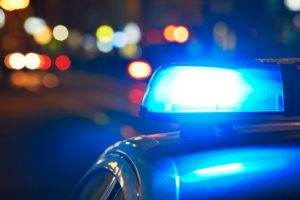 Los Angeles statistics show a seriousupsurge in violent crime across all of the LAPD’s four bureaus. A recent reclassification has contributed to the statistics reported by the LAPD. 2014 marked the beginning of a marked increase of 14% in violent crime in Los Angeles, CA. A new classification system and an increase in specific crimes have added to the reported crime rate data coming out of LA.

Violent crime is up 26% and property crimes 11% in Los Angeles this year, as stated by LAPD Chief Charlie Beck. Beck says that crime levels are similar to data collected in 2012. As suggested from crime rates by neighborhood, the Central Bureau saw the largest increase. Violent crime statistics in 2015 include aggravated assaults, domestic violence and robberies.

A crime becomes a statistic through a 5 step approach that is open to human error and a lack of oversight. An officer first takes a report. Station supervisors review the report. Civilian clerks enter information from reports into the database. Detectives investigate cases and should make corrections in classification. The statistics are generally used to guide deployment and inform the public. Each step is subject to human error and additional pressures can support reclassifying and downgrading a crime.

Last year, Times found that the LAPD understated the rate of crime in Los Angeles. The LAPD had misclassified almost 1,200 serious violent crimes and low-level offenses during a one-year period. Some instances include that of Nathan Hunter who flew into a rage and assaulted his wife by beating her, choking and stabbing her in the face and finally throwing her down a flight of stairs. Under FBI rules followed by the police nationally, the crime should have been considered an aggravated assault but instead was listed as a simple assault. As such it wouldn’t be listed in LA’s serious crimes.

Changes in Classification Can Affect the Accused

Reclassifications from crimes such as vandalism to burglaries or assault to aggravated assault affect statistics and criminal proceedings. These changes require a seasoned attorney. At the law offices of Lawrence Wolf, Los Angeles criminal defense lawyers have been practicing criminal law for over 40 years. Their advocates support the rights of individuals as they proceed through trial. Contact the Law Offices of Lawrence Wolf at (310) 277-1707 or visit our website for a complimentary consultation from a criminal lawyer Los Angeles.