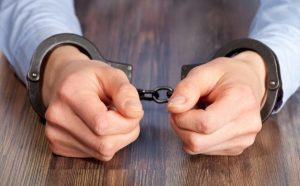 As this wasn’t Mr. Johnston’s first infraction involving a minor, the penalties will likely be less lenient. In October 2014, Mr. Johnston faced multiple counts of leaving the state to perpetrate sex-related acts with a minor, reports state. Investigators are looking into the case to determine the scope of Mr. Johnston’s crimes, some of which they believe took place outside the country.

The U.S. Immigration and Customs Enforcement (ICE) found Mr. Johnston’s sexual crimes to involve over 30 possible victims spanning a dozen states and several locations overseas. Investigators now believe that the crimes may involve hundreds of minors, whom Mr. Johnson either traveled to meet with intent to engage in sexual activity, or prepared travel plans for them to meet him.

Sex crime investigations can be lengthy and complex. The attorneys at The Law Offices of Lawrence Wolf have not only defended people charged with sex crimes, but have prosecuted hundreds of cases to secure justice and compensation for victims of sexual abuse. In California, laws regarding sexual abuse involving a minor differ from other U.S. states. If you’re under investigation for a sexual felony or misdemeanor, you need a lawyer well-versed in California-specific sex offender law.

Sex-related crimes are among the most serious and complex. Both the victim and the accused deserve professional, experienced sexual assault representation. The sexual assault defense attorneys at the Law Offices of Lawrence Wolf have fought for juveniles and adults charged with sexual assault. They specialize in securing alternatives to incarceration and have built relationships with judges and fellow defense attorneys across California.

Not all cases of sexual offense are clear cut. If you’ve been accused of a sex-related crime, The Law Offices of Lawrence Wolf, Los Angeles Criminal Defense Lawyers, can give you a free consultation. They have helped thousands of people charged with felonies and misdemeanors in California, and they can help you, too. Call now at (310) 277-1707, or visit their website at www.youareinnocent.com.