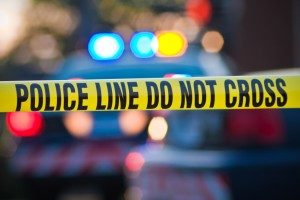 Safety is the focus of Mayor’s Eric Garcetti address about combating rising violent crime in Los Angeles given at the Valley Performing Arts Center. With more accurate reporting, a clearer picture of violent crime in Los Angeles has developed. Garcetti spoke of the deaths of unarmed black men in “Ferguson, Staten Island, and now, North Charleston” and mentioned the body-camera program for Los Angeles police officers. Community building and anti-gang initiatives appear to be how the Mayor will attempt to reduce the 14.3 percent spike in violent crime rates.

Trust and Safety
Stuart Waldman, president of the Valley Industry and Commerce Association, called the mayor’s address “safe.” The priority placed on public safety is necessary to the people of Los Angeles and the businesses that cater to the community. According to Waldman,“If people don’t feel safe, they’re not going to shop, and businesses are going to move away.”
It is important to note that the Mayor’s second address was given during a lead-up to re-election in 2017, a few days before releasing the city budget and while contract negotiations were underway.
The Mayor’s Approach
In his 2015-2016 budget, an additional $5.5 million has been earmarked for the Los Angeles anti-gang program and the “Summer Night Lights” anti-gang initiative will undergo expansion. Jaime Regalado, emeritus professor of political science at Cal State L.A., credited the Mayor with the renewed focus on community policing and believes that the mayor will be harshly criticized if he fails to reduce crime statistics.
A Lack of Manpower
There will be no new hires in the police department. Instead, Jeff Millman, Garcetti spokesman, says that police offers will be shuffled around. During this period, the LAPD’s Metropolitan Division, that which supervises city policing, will almost double.
Coral Itzcalli, spokesperson for SEIU Local 721, said the union desires more hires and states that “We can’t get back to basics without basic services.”
A Seasoned Attorney Can Help
The new classification system can change sentences for aggravated assaults and violent crimes. Know your rights if a victim of or accused of a violent crime. For over 40 years, the law offices of Lawrence Wolf have been practicing criminal law while serving the needs of the Los Angeles community. Speak to an experienced criminal attorney in Los Angeles, California at the Law Offices of Lawrence Wolf. Call now at (310) 277-1707, or go to our website: http://www.youareinnocent.com.