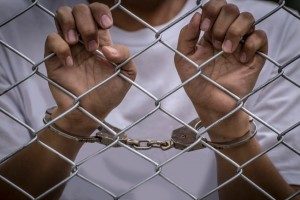 Today, an immigrant who is charged with a minor drug charge in California could end up with a one-way ticket out of the United States, whether they have a green card or not. But a new proposal could change that. According to the Los Angeles Times, individuals facing minor drug charges in California are often advised by their Los Angeles drug attorney to plead guilty to their crimes and to enter a drug counseling program. If the individual completes the drug education program successfully, the charges in most cases would be dismissed. But for immigrants — both here illegally as well as those with green cards — pleading guilty could lead to deportation.

Fortunately for these individuals, California is considering a proposal that would protect immigrants who are facing a minor drug charge, such as substance possession, from being deported. The proposal would allow a defendant to enroll in a drug treatment program before entering a plea. If the defendant is then able to successfully complete the program, they would not have to plead guilty to the charge. Of course, if they are unable to complete the program successfully, they would then have to face the drug charges that have been made against them.

The author of the bill, Susan Talamantes Eggman (D-Stockton) believes that this proposal will allow individuals to get the drug counseling they need to turn their lives around without the fear of deportation. To allay some of the worries of those who oppose this proposal, the drug counseling option would only be available to immigrants who do not have a prior history of drug sales and have not been convicted of a serious felony.

This is an extremely important case as, today, thousands of immigrants are deported for drug possession charges each year, including many who have been in the United States for much of their lives. Unfortunately, many of these deported individuals end up leaving shattered families behind, according to the Human Rights Watch.

While the fate of this bill is still up in the air, it is important that immigrants facing drug charges hire a lawyer familiar with current immigration laws regarding such offenses. Not doing so could end up costing them their right to remain in the United States.

If you have recently been arrested on drug charges in the Los Angeles area and are an immigrant here legally or illegally, you need to contact a drug lawyer Los Angeles with theLaw Offices of Lawrence Wolf. Call (310) 277-1707 for a free consultation. You can also visit our website: www.youareinnocent.com.