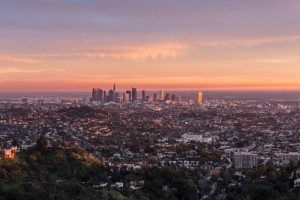 Following a recent decision by the state Supreme Court, California’s Department of Corrections and Rehabilitation is modifying its rules restricting where convicted sex offenders can live.

The department and the state’s Supreme Court justices agreed that a 2006 ballot measure imposed requirements that made it too daunting for registered sex offenders to find permanent housing, KGTV San Diego reports. As a result, the number of transient offenders increased, making it more difficult for parole agents to monitor some 6,000 offenders throughout the state.

As of the end of February, the state reported more than 1,400 registered sex offenders who did not have a permanent address. About half of those were convicted of sex crimes involving children, the state corrections department notes.

In March, the California Supreme Court struck down Proposition 83, the Sexual Predator Punishment and Control Act, which enforced monitoring for life of “sexual predators” and the implementation of “predator-free zones.” The measure, also known as “Jessica’s Law,” prevented registered sex offenders from living within 2,000 feet of parks or schools where children congregate. The court’s ruling provides that the restriction now will apply only to registered sex offenders whose crimes involved children and to those at high risk of committing additional offenses.

In response to the ruling, the state corrections department in April announced that in lieu of the blanket ban, parole agents would determine residency constraints individually for the state’s 6,000 registered sex offenders.

The state of California is not applying the new guidelines equitably, a criminal defense lawyer representing registered sex offenders argues. Several counties and cities in the state have nullified their restrictions, while others continue enforcement. In addition, state legislators say they intend to introduce measures that would impose new restrictions.

In 2007, the Adam Walsh Child Protection and Safety Act became law, introducing new requirements for registered sex offenders throughout the United States. Laws can differ in each state, however. For a consultation with an experienced criminal defense lawyer, contact The Law Offices of Lawrence Wolf at (310) 277-1707.